We often take the opportunity to go away for July 4th as it's a day off work for Dave. This year, though, there was way too much to do to get the camper ready for its big trip around the US, so we needed to stay at home.

We have never seen a '4th' parade so joined the Schweitzer's in Skippack to see Maddie parade by, with her hip-hop troop. It was quite warm and there were a lot of vehicles, so the heat was up and we were wilting for the walk home! Well worth going though, according to Becca: "The parade was really good but my favorite part was the candy!" (Many of the vehicles threw out candy as they went by......). 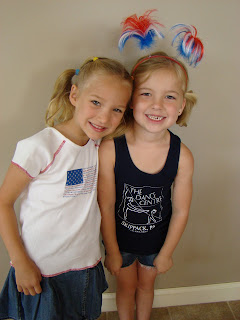 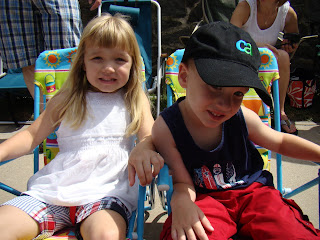 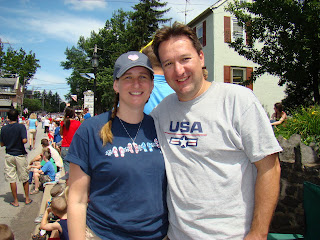 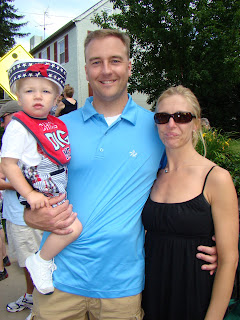 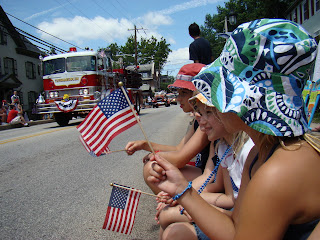 After a quick go in the sprinkler at Meg's, we headed over to Whitpain Greens to join the neighbors for a picnic. The pool was the busiest we had seen all summer, great fun had by all!
Posted by brits on tour at 11:16 AM