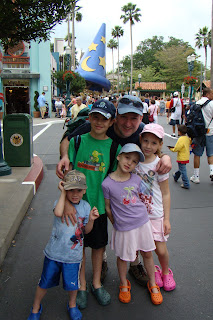 Given our late night, we opted for a slower morning so did not arrive at Hollywood Studios until almost 11am (having made a stop at the store to buy a cheap umbrella stroller, Dave decided his shoulders would not make it through the week if Nate needed a ride every few minutes!). As we walked in, we were able to catch the end of the High School Musical 3: Senior Year - Right Here! Right Now! show as it rolled down Hollywood Boulevard (we did actually see the beginning of the show later in the day!). We immediately rushed over to Pixar Place to get a FastPass for Toy Story Midway Mania! We couldn't get one until 8:20 that evening - there went our potential early night! 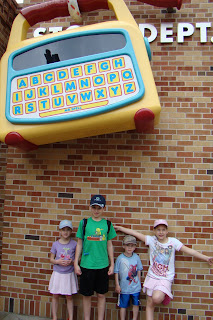 Knowing that we had a 12:15 lunch reservation, we really didn't have time to wait in line for anything so went to play in the Honey, I Shrunk the Kids Movie Set Adventure area in Streets of America. The younger kids really enjoyed this area but it was tough to keep track of where they were. As we made our way back to the Echo Lake area, we had pictures with the Power Rangers in Streets of America and visited Luigi's Garage to have photos with Lightning McQueen and Mater. 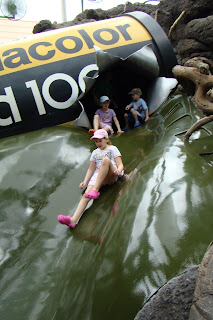 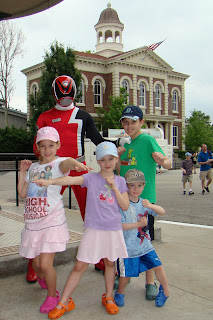 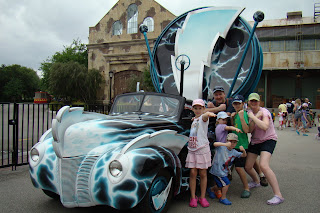 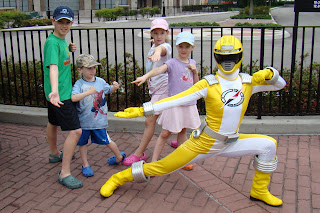 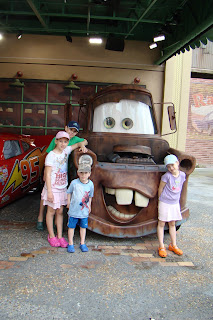 We enjoyed lunch at the Play N Dine at Hollywood & Vine restaurant with characters from Little Einsteins and JoJo's Circus. The characters came to the table plenty of times and there were a number of sing-a-longs with a 'Playhouse Pal' and the characters. 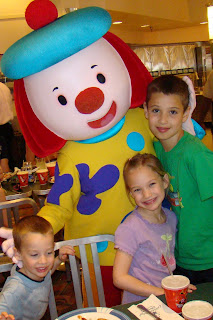 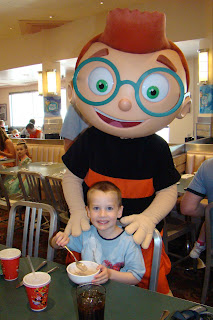 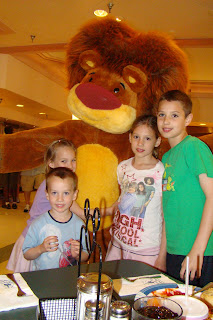 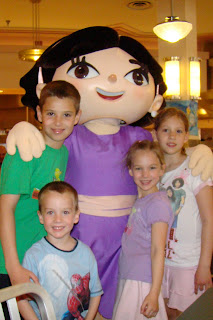 After lunch, Dave and Jake went to the Star Tours flight simulator ride in Echo Lake. We opted for a show instead, unfortunately the waits for all of them exceeded the time we had! We ended up back at the Honey, I shrunk the kids play area - it was even busier, clearly a popular area. 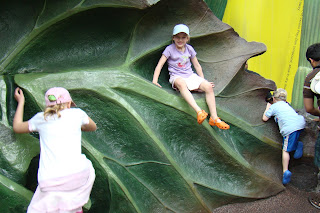 We met up with the boys at the Lights, Motors, Action! Extreme Stunt Show, no sooner had we sat down under the canopy than the heavens opened - so much rain, in fact, that the stunt show had to re-start as the water on the ground caused the drivers some issues. The show was great and very interesting. 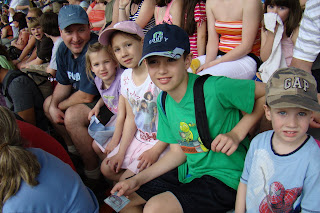 We'd seen, from the stands, the Studio Backlot Tour going around, so we took the opportunity to do that after the stunt show. The kids were a little alarmed by the truck being set alight and then the water careening down the mountainside, amazing how much heat the flames gave off. 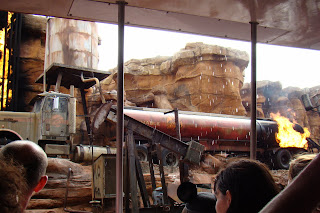 As we excited the the tour, we spotted an entrance to the Monsters, Inc. characters, it was really tucked away and not particularly obvious. Perhaps for this reason, the line was short and as we joined, Mike and Sully walked out towards us. Sully really is big, LOL! 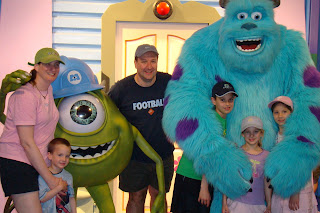 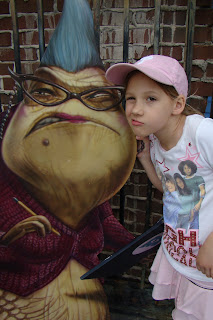 We'd been talking up the Rock n Roller Coaster but when we headed over to it, the wait was almost 2 hours and just not worth that kind of wait. Unfortunately, we weren't completely sure of the FastPass usage and in hindsight realize that we may have been able to use it on this ride if we'd come over earlier in the day: live and learn. We did luck out and walked in for the very beginning of Beauty and the Beast - Live on Stage (finally a show with seats and no waiting!). We were impressed with the production, fun to watch little Chip, the dancing teacup! 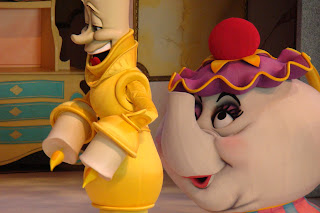 Given the lines for the roller coaster, Dave, J, C and B decided to go on the Twilight Zone Tower of Terror instead. Nate and I had ice cream, wandered around for a while and ended up getting dinner in Buzz's Pizza Planet Arcade, in perfect time for the others to join us. 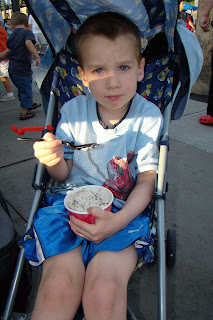 After dinner, it was finally time for Toy Story Midway Mania! This was my favorite ride/attraction of the day. Everyone LOVED it, it was easy enough for Nathan to do as well. The kids all scored between 27,000 and 32,000 points, I got, what I thought was a respectable score of 75,000 - not so much, Dave got 164,000, on the way out, we saw that the highest score of the day exceeded 300,000! It's a shame the line for this was always so long throughout the entire day, it was definitely one that we'd do again and again. 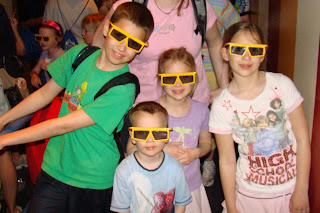 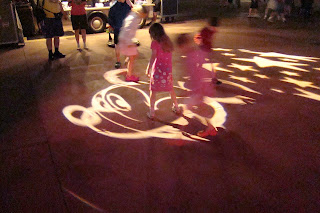 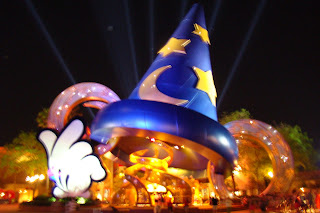