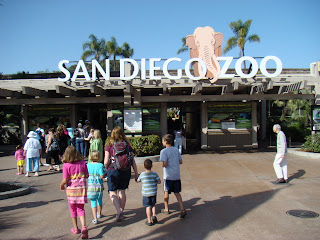 I was very torn as to whether we should spend the money visiting the zoo but was persuaded after reading about it online: it is the world-famous zoo after all! We saw some awesome animals throughout the day. Jake loved our first stop – the reptile house; he’s always been fascinated by snakes and there were many of them, one of them 12’ long! We took our time meandering through all of these reptiles as Dave was having a work meeting. He met back up with us in the Discovery Playground (which was well hidden but the kids had no trouble locating it – playgrounds must have some kind of child-only locate beacon!). 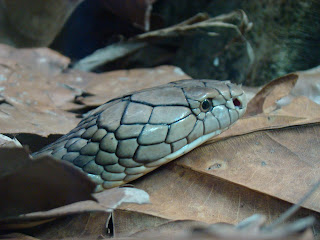 To get across the zoo and see some of the animals from above, we took the SkyFari Aerial Tram (Jake, Caitlin and I were assigned tram #11, which we thought was apt for this special day!), which gave us great views of the gorillas. We were able to catch a glimpse of the polar bears – their big exhibit isn’t opening until next week so strictly speaking, they’re not on display at the moment. On the way to the pandas, we passed the zebras and MR. Zebra was clearly in quite an amorous mood. Caitlin was particularly alarmed/interested to know what on earth that really long thing hanging down underneath him was: the zoo, so educational in many, many ways! 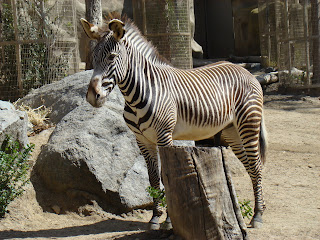 We had a short wait for the pandas but were treated to a wondrous display. The 4 year old female is apparently in heat so was a bit antsy, she was pacing about her enclosure. On the other side was the 7 month old baby panda, asleep in his hammock of recycled seat belts, while his mother sat quietly by. Pandas are solitary animals and don’t really need lots of interaction. There are 5 in the zoo but typically only 2 are out at a time. Due to the fact that the baby is such an attraction at the moment though, he is out most days with his mother. 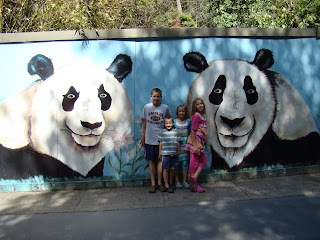 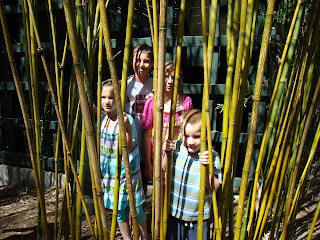 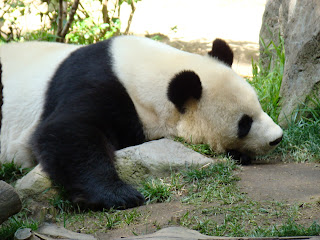 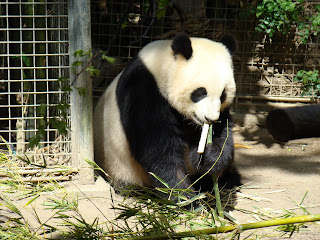 We walked over to the hippos and managed to catch them mid-lovin’: “Mummy, why is the male hippo on top of the female?” Oh boy, spring is in the air! 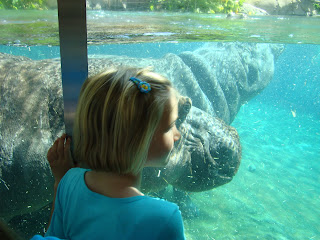 By using the complex system of steps and elevators, we made our way over towards the elephants, passing the lions, jaguars and camels (including a 10-day old camel), among others. The elephants were incredible, their enclosure is huge and has been set up to encourage them to use their trunks to stretch up for food etc. We were lucky enough to find seats outside to eat lunch, looking at their enclosure, which was so cool. 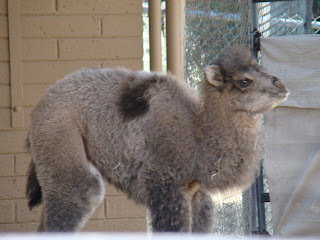 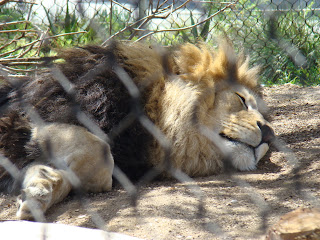 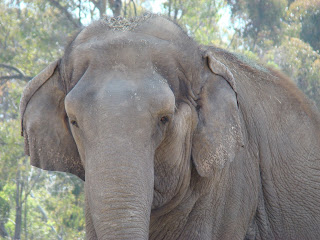 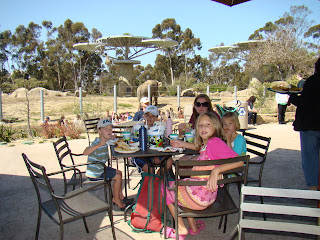 We enjoyed watching the giraffes and rhinos eating their lunches and then caught the tour bus to take us closer to the gorilla area. There are a number of ways to get around the zoo but their map is incredibly difficult to follow! We came across some animals quite by accident, however, overall I think we did manage to see everything. 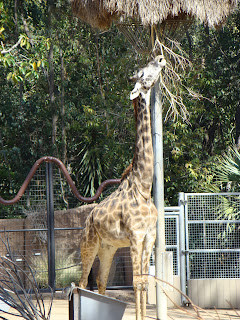 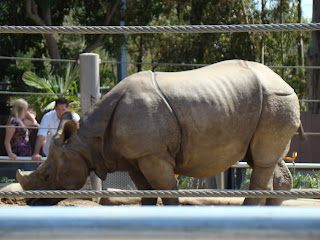 As we were walking, we caught the end of the cheetah show. Typically cheetahs do not enjoying being around other animals or people, however to assist with this in captivity, this cheetah was befriended by a dog from birth. The two were born around the same time, eat together, sleep together, play together and are apparently inseparable best friends. With the help from the dog, the cheetah is able to cope with people and can walk on a leash. We also watched the seal show, towards the end of the show, a wolf came out. The wolf has been similarly befriended by a dog and they spend all of their time together in captivity. 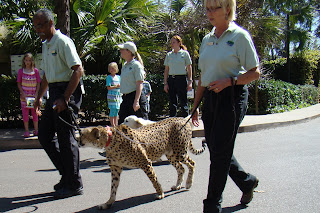 The koalas were especially adorable. Once again, we were lucky to see a mother and baby as they were just being returned to their patch of eucalyptus leaves by a zookeeper; all of the others had their heads turned away and were sleeping. The baby was adorable, stayed clinging to its mother’s back as she munched on leaves, while it also tried to reach the leaves without releasing its hold, it was quite precarious! Eventually it crawled around to the front of its mum, to nurse. 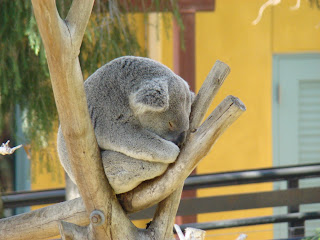 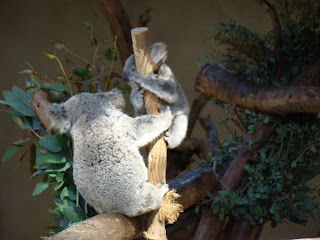 As it neared closing time, Dave said we should stop by and admire the pandas once more. There was hardly anyone there at this point and we were able to just stand and watch them, without being ‘encouraged’ to move along. The baby was still hanging out in his hammock but did wriggle around a bit, yawn, open his eyes and turn over, which clearly caused great excitement among those of us watching. The Mama ambled over to grab some bamboo and proceeded to plop down in front of us and munch on her snack while staring at us all – we were very glad we’d returned! The kids were also able to chat with the zookeeper who was quietly giving commentary about the pandas. As always, they asked some great questions and learned a lot; she was very happy to chat with them and answer their queries, which we appreciated. 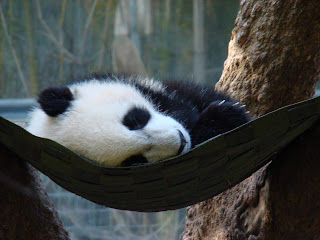 We finished the day with a big ice cream and headed home for bed – long day!

Click HERE for oodles more pictures!
Posted by The Valentines at 1:01 AM

The San Diego zoo is by far my favorite zoo!!! I'd go back there again in a heartbeat! Great pics!