Think the kids were just a tad tired after their long day yesterday, they didn’t emerge from their beds until 9am – sleeping that late is pretty much unheard of, probably helps that the campground is wooded, fairly dark and very quiet, despite the number of trailers here.

The morning was rather rain-filled which gave us the perfect opportunity to spend some time journaling the events of the previous week and working on the Yellowstone Junior Ranger program. Around mid-afternoon, we headed back to Yellowstone National Park for a couple of hours to get a few photos we’d missed on the beginning stretch. 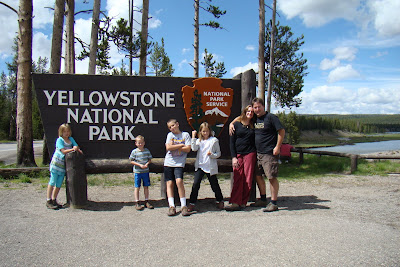 We finally remembered to stop and get our photo by the big Yellowstone sign and continued into the Park, stopping for a photo opportunity at Lewis Falls. The Falls themselves are pretty but the view down the valley is beautiful, frames the Teton range perfectly. Continuing along, we spotted an elk resting in the trees, he had an amazing set of antlers, of course, had to stop and get a photo of him! 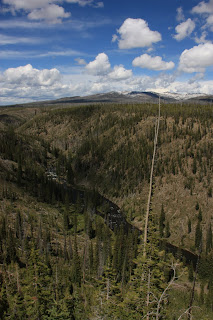 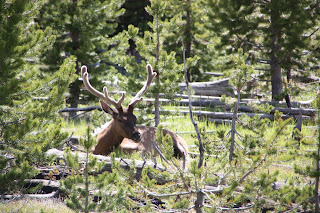 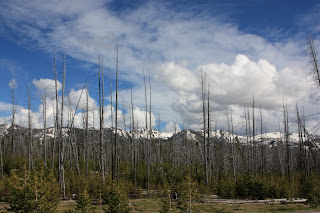 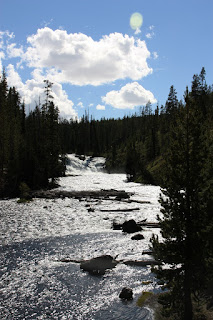 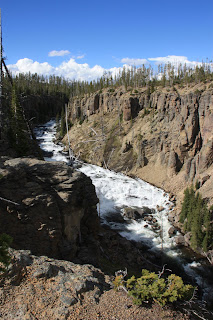 As we hadn’t spent much time by West Thumb on Tuesday, we pulled into the West Thumb Geyser Basin area to do the one-mile loop around the pretty dormant geysers. There’s no good explanation as to why these geysers are nowhere near as active as those further north in the park. Apparently they do spout occasionally but there was no evidence of activity while we were there. The colors of the bubbling pools are truly incredible though; many were a multitude of colors, from oranges to greens, however the ones that stood out for us were those of deep, deep blue and turquoise, very pretty. One of them was called Bluebell Pool, had to get a picture of that one with our little ‘The Blue Bell Roaming Gnome’ – eventually I’ll get all his pics up on his blog! 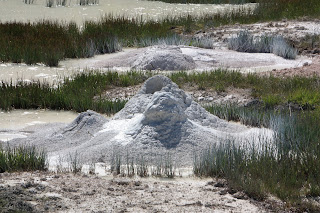 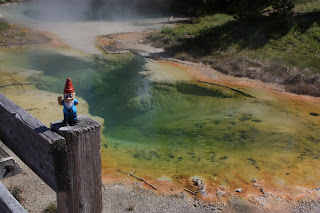 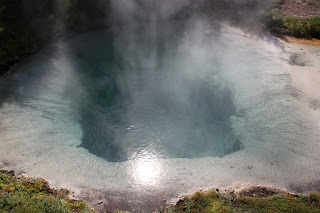 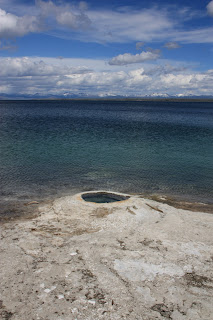 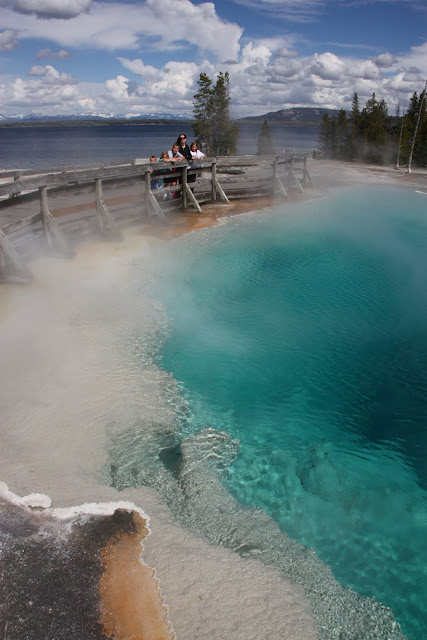 From there, we headed back to Flagg Ranch, stopping for a photo by the Rockefeller Parkway sign. When we arrived back, there was another Outback family camping opposite us! We really haven’t seen that many Outbacks on this trip but this week we’ve seen them all over the parks. 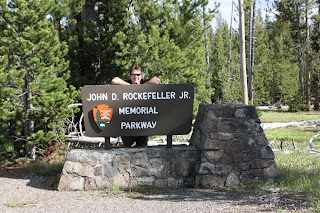 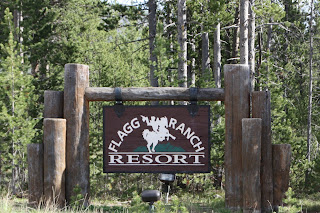 Posted by The Valentines at 2:23 PM

Show Us The World said...

It's so wonderful to see all of the pictures! Sounds like you are having a wonderful time.

Little House On The Mesa said...

Enjoying all the beautiful photos! We sure look forward to seeing those places.