When we left the campground, the weather was beautiful, it continued to be wonderfully sunny, however when we reached Cabrillo National Monument at Point Loma, we were right by the Pacific Ocean and a bit higher and it was BREEZY! Unfortunately we had not remembered jackets and the T-shirts were not really cutting it, it was chilly! 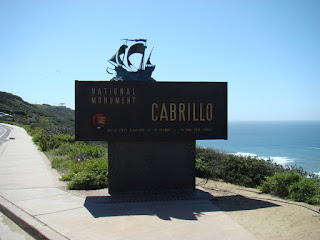 We started out in the Visitor Center by watching a movie about whale migration, the three older kids were fascinated and asked a lot of questions. We also learned about soldier’s armor and weapons, as well as the types of foods explorers ate on their long expeditions across the water: dried fish, hard biscuits and beans seemed to be their staple items.

The Junior Ranger program, among other things, required them to decipher clues to create a paragraph about Cabrillo and his expedition, which was very informative:

On June 27, 1542, an expedition of three small ships (the largest being ‘San Salvador’) left Navidad, New Spain. (New Spain is called Mexico today.) Juan Rodriguez Cabrillo led the expedition. They were to be gone for two years. The explorers hoped to find a route to Asia where they could trade for silks and spices. They also looked for gold or other wealth along the coast of California. After sailing at least 1,000 miles in the next three months, the expedition sailed into San Diego Bay. The crews of the ships visited with the Indians for six days and then the expedition continued north.
A few months later Cabrillo died as a result of an accident. But the expedition pushed on. Winter storms badly damaged the ships. Much of their food spoiled and the ships needed repairs. They decided to return to Navidad just ten months after the expedition started. They had not found any silks or spices. They had found no gold, but did return with a map of the coast of California.
Cabrillo National Monument now looks out over the location where the first European explorers visited the West Coast of the United States.

While Dave and Jake went to visit the Old Point Loma Lighthouse and Military History Exhibit, the younger children continued to work on the easier portions of the booklet from the warmth of the truck! 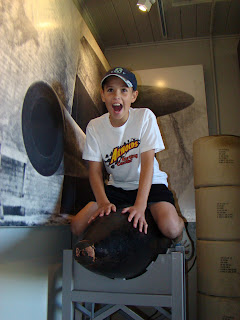 After the kids were sworn in as Junior Rangers and collected their certificates, we went to look at Cabrillo’s statue and admire the incredible views of San Diego down below. We saw a couple of planes land right below us and scores of sailboats on the water; it was very beautiful. 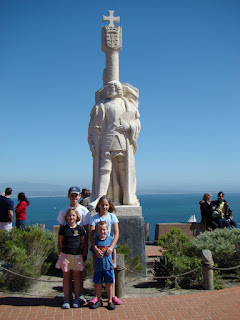 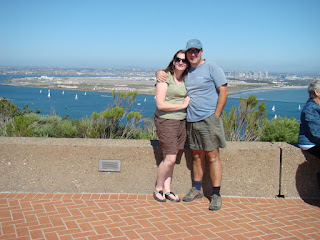 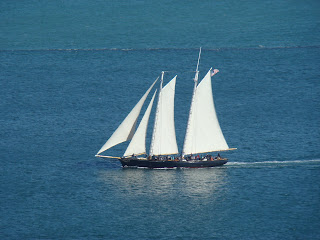 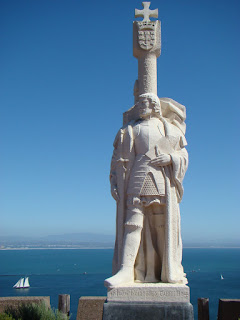 Cabrillo National Monument also preserves one of the last rocky intertidal areas open to the public in southern California. The kids were particularly looking forward to this part of the day as we’d been checking our friends’ blog and they’d visited the tide pools a number of times and shared great photos. 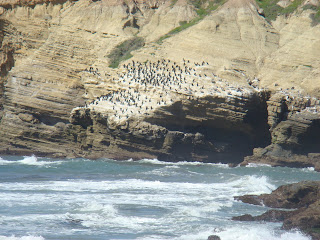 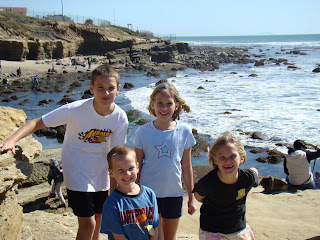 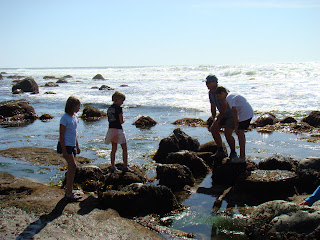 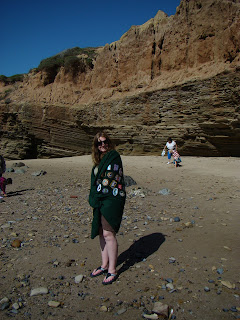 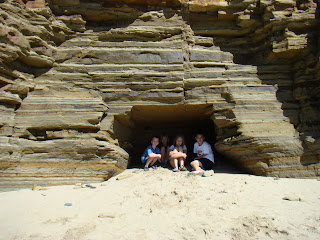 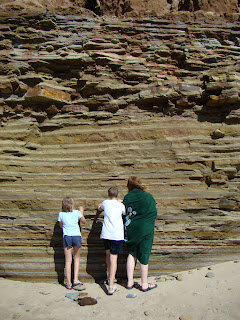 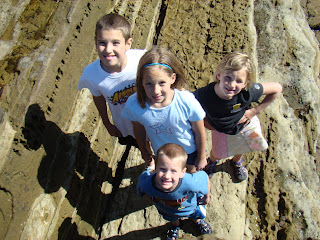 While I walked the rocks and sand, wrapped in a blanket, the kids were thrilled to run around, jumping from rock to rock, slipping over, checking out all of the amazing tide pools. They found little caves in the rocks, crabs secreted in crevices, watched a humming bird hover around the edge of the cliff, discovered all sorts of tiny critters in the tide pools; it was an exciting end to the day. As we were thinking of leaving, the triplets arrived so we spent some time with them until the Ranger came to kick us out! 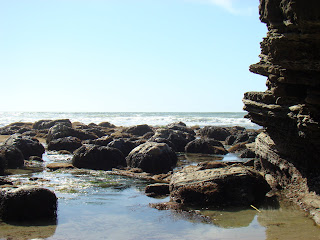 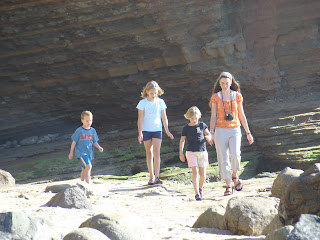 Posted by The Valentines at 7:11 PM