Due to copious amounts of coughers and runny noses, we didn’t get an especially early start to the day; everyone was quite snotty and rather lack-luster. Spirits perked up though as we made a last stop at White Sands. It had to be said, the sand was considerably colder early in the morning than it was in the afternoon. I gave all the kids socks to put on, their tootsies were freezing – and you know for sure that it’s cold when Jake even comes over to mention it! 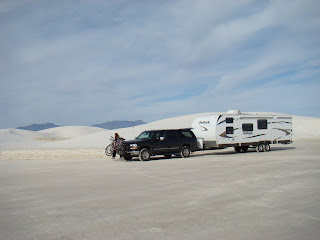 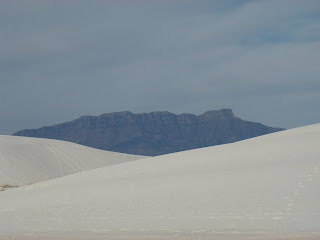 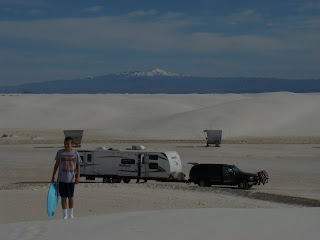 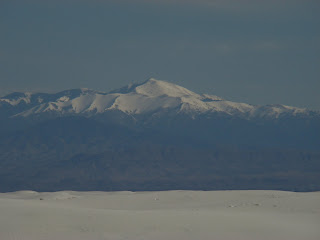 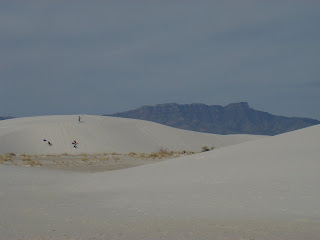 The landscape in this part of New Mexico is amazing; there are so many mountains, punctuated with miles and miles of flatland. It was so cool to see how much snow was at the top of the major mountains while enjoying 70 degree days in the dunes.

It was a gorgeous drive to Tucson, crossing the border – via Border Patrol once again (and again, Dave responded to the question: “All US citizens?”, with “Yes”, while we all shouted: “NO!”. Talk about arousing suspicion!), from New Mexico to Arizona: state number 31 for us. It was tough to put the camera down as the type of mountains changed as we drove along, we were trying to get pictures of everything. We also saw an extraordinary number of trains, it was amazing how many, really one after another, pulling incredible numbers of carriages, the engines must be so powerful. 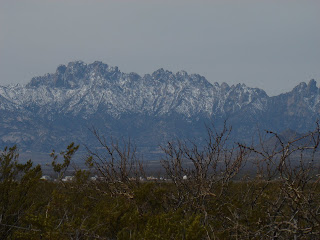 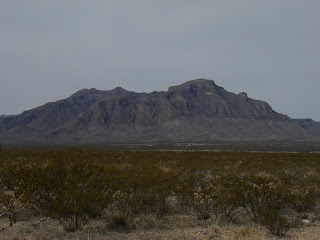 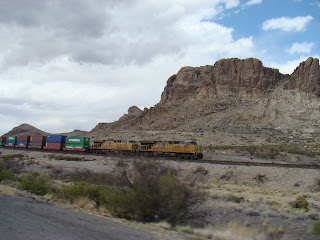 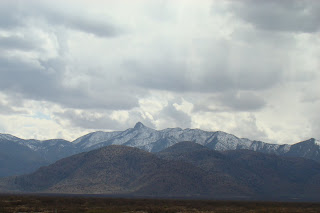 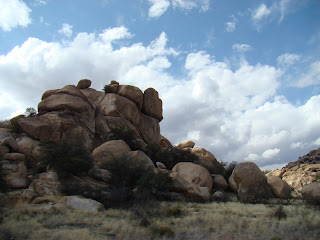 We're camping just south of Tucson at Cactus Country RV: Adventure Bound Campground. There's quite a big ‘snowbird’ presence here and a surprising number of kids, a lot who live here year-round or are here looking for somewhere to live. There’s a warm, small, pool, basketball hoop (we bought new basketballs so basketball has taken on a new lease of life for the kids – and us!), activities, including a Kids Club and in an area not too far from shops and the wonderful Saguaro National Park.
Posted by The Valentines at 8:44 PM

Photos are breathtaking. I want to visit that place. You're not sitting in a locked cell at Customs/Border Patrol I hope? ;)

Marlene, have been uploading more White Sands pics today under the WS heading - it was a gorgeous place - you would have fun, you're so young at heart! I can definitely imagine you flying down the sand on a sled....

Too funny! We stayed at Cactus Country too!! Ben says to check out the Douglas Spring Trail which connects to the Bridal Wreath Falls Trail. Check with a ranger to see if the waterfall is going. It's a good hike and the waterfall is definitely worth it!

Popped in from FOTR.

What a beautiful blog you have. I love all the pictures.

Your pics are beautiful! Thanks for sharing. I have a question...what DO you do when someone gets sick and needs an antibiotic or something? If you don't want to answer here email me....was just wondering :)