Having heard about La Jolla from a couple of different people, we headed towards the coast after Dave finished work, first making a stop at ‘Mr Fish and Chips’, a highly rated ‘proper fish and chip shop’ on the internet. The smell of the food was almost too much to bear as we made our way towards the cove; the car held the smell for days afterwards too! 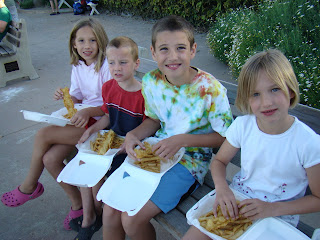 After a false start that took us to the pier where we could watch the large number of surfers, we did finally make it to where we wanted to be. The seals hang out on a huge section of rock (a tad smelly as Caitlin and I were quick to comment!), sleeping and lolling over each other; there were quite a few babies as well. As the evening wore on, a few of the younger ones flopped over all the others and waited for a wave to wash them into the Ocean. The kids were far more interested in the seals than the sunset. 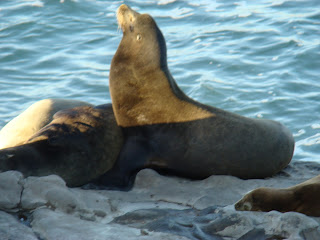 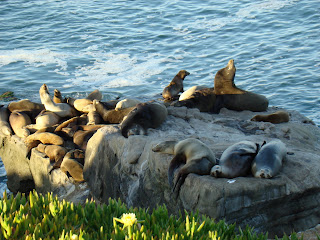 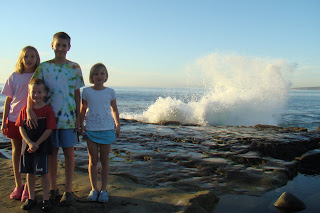 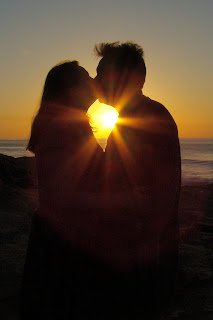 Of course, not so for cameraman Dave, now that he seems to have got the camera settings sussed, he loves to photograph the sunset. It was neat to get pictures of the tide coming in, the waves against the rocks were huge, made a great backdrop. As the sun began to set, more people arrived, it’s a very popular destination for admiring the colors; as always, Dave got some great shots with some different silhouettes of birds, trees, people and even a helicopter against the night sky. I cannot even begin to think how we’ll ever print up all these photographs that we’ve taken this year, the memories are truly priceless. 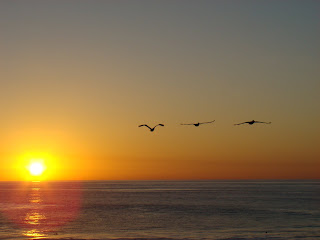 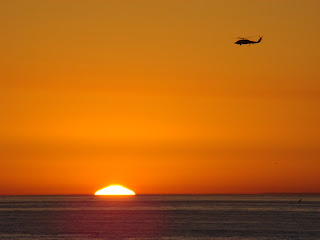 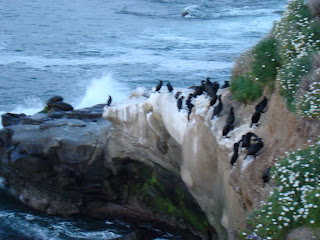 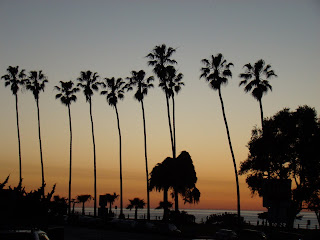 We stayed in La Jolla it's beautiful! I laughed when I read your comment about printing your photos...I think the same thing all the time.

What's your schedule from now through April?

Show Us The World said...

Looks like you are having so much fun too!

So glad you've found our blog...we've loved reading yours since we found it!

I wish we could have had more time at the rally too. Hopefully our paths cross so we can have more chat time then.

The frames I use are ones that you can use in Photoshop. I made most of them myself. If you use PS to edit your pictures, I can email the frames to you if you'd like.