Mona and I took the kids to Pinnacles National Monument in the blazing heat.  Interestingly given our recent return from Alaska, this NPS is actually also part of the ‘Ring of Fire’ encompassing the Volcanoes and Faults partly encircling the Pacific Ocean.  Pinnacles is right on the San Andreas Fault Zone.  Along it, the Pacific and North American plates crunch past each other – one headed north, the other west.  Considerable amounts of movement still occur here each year. 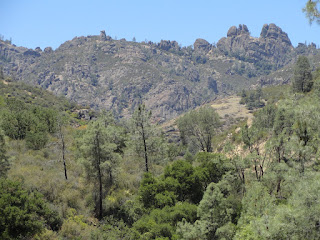 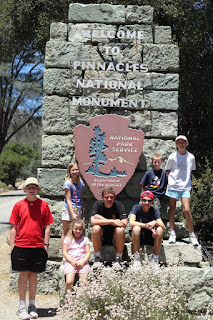 Stopping off at the Visitor Center, the kids immediately started working on their Junior Ranger books, these kids are keen! 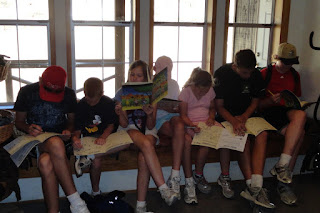 Thankfully we’d located an apparently well-shaded trail to hike: the Moses Spring-Rim Loop Trail – even so, it was pretty brutal!  We relished the shady, rocky areas. 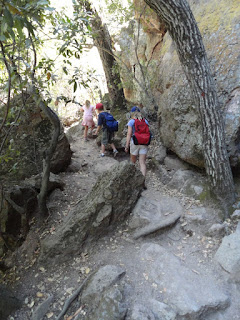 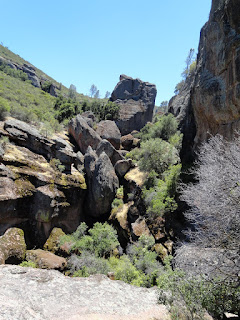 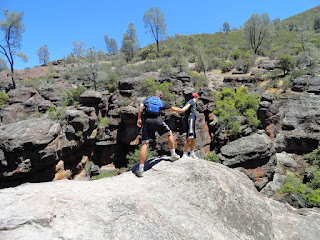 This Park is extremely popular with rock climbers and while we doubted we’d see any, there were some climbers braving the elements and hanging off tiny ledges, leaving a trail of chalk dust.  We watched in awe for some time, in my case, not remotely envious, just incredulous! 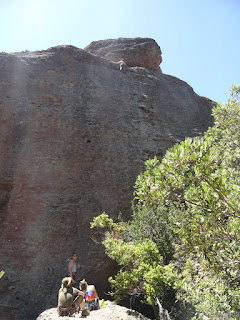 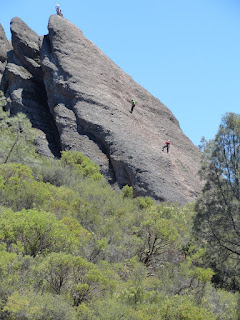 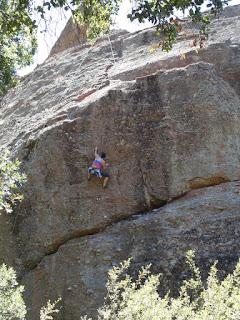 The Bear Gulch Cave route was closed during the week but part of the alternate path took us through some cavern-like areas meaning we glimpsed bats flying through. 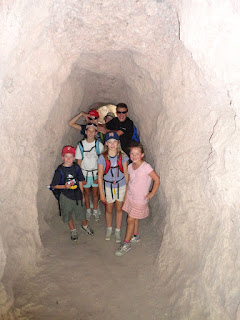 Climbing on the narrow ledge up to the reservoir, a snake slithered across our path which was a tad shocking.  However once we reached the water, we realized the it was fairly writhing with the slithery creatures – we didn’t get overly close! 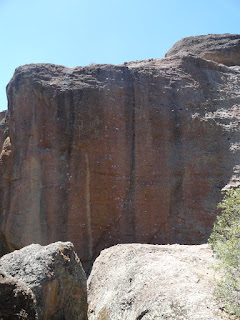 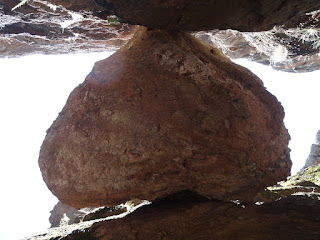 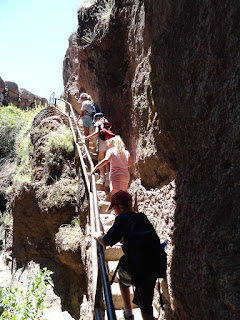 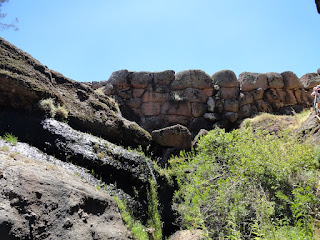 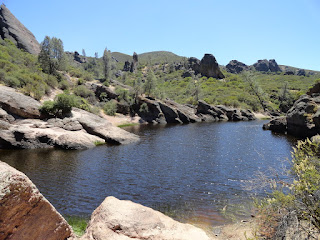 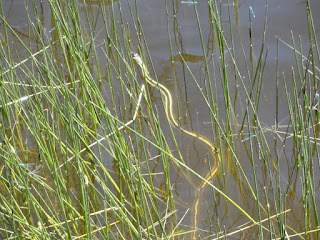 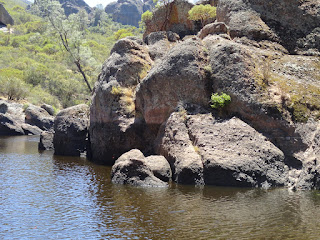 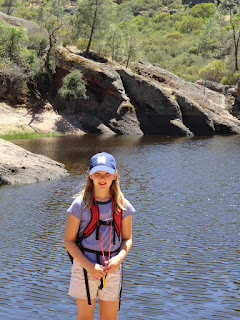 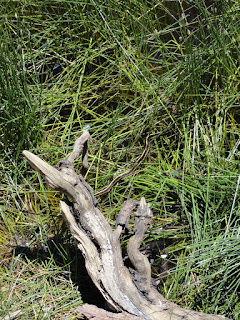 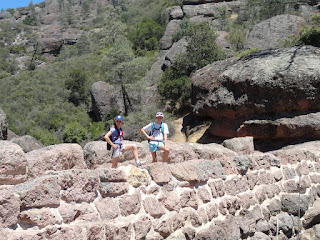 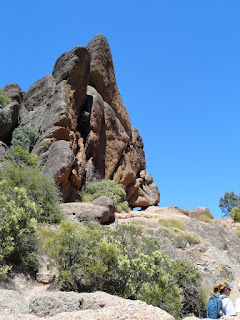 I’d asked a couple on the way up about the loop trail and was advised that we should return the way we’d come as the other side would take us through open meadow with little shade – definitely NOT advisable given the temperatures! 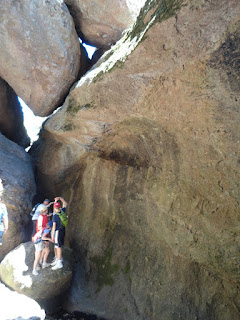 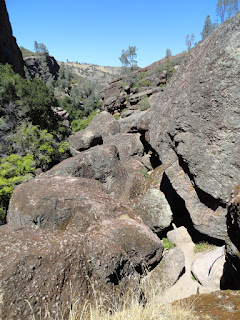 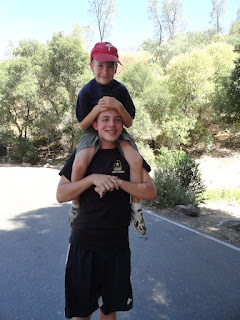 Returning to the parking lot, the kids continued working on their Junior Ranger books and completed as much as they could.  Randomly, a group of Ranger-led horses appeared along from the trail as the kids worked! 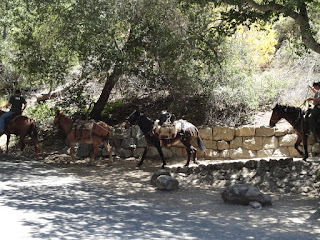 We then returned to the Visitor Center to receive pretty patches based on their age level and got sworn in once again.  The Ranger added to our knowledge of the Park, telling us that there are fourteen different bat species represented within Pinnacles; additionally an almost unbelievable four hundred different species of bees! 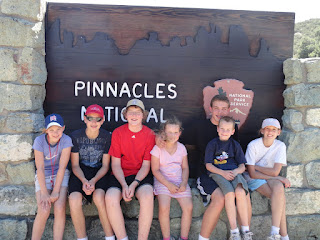 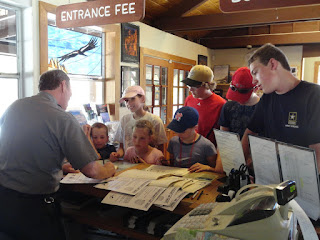 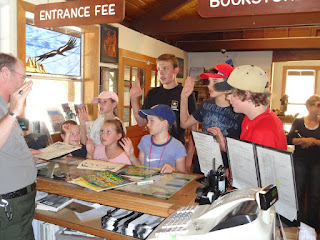 Posted by The Valentines at 6:09 PM