No rest…..After a call to my Dad early morning on Sunday – the eight hour time difference kept throwing me off, we packed up as much as we could.  However we couldn’t leave until after lunch because England were playing Italy in the Euro 2012.  It was a painful match to watch, chances on both sides but 0-0 at full time, the same score remained after extra time, Italy succeeded in going through on penalties.  I’m sure there was a collective sigh in England; it was loud enough in the camper, and only three of us were watching!

An uneventful drive down the mountains to Premier RV Resort in Redding, CA where we met up with the Harpers once again much to everyone’s joy!The heat was a little much, but the younger crew made the best of it with time in the pool.  The boys just walked dogs and talked endlessly, intermittently playing online strategy games.  I’m sure for the most part that they barely noticed anything else!

On Monday afternoon, we visited The Sundial Bridge at Turtle Bay which crosses the Sacramento River in the heart of Redding. (From: http://www.turtlebay.org/sundialbridge) Opened July 4, 2004, the bridge links the north and south campuses of Turtle Bay Exploration Park and serves as a new downtown entrance for Redding’s extensive Sacramento River Trail system. 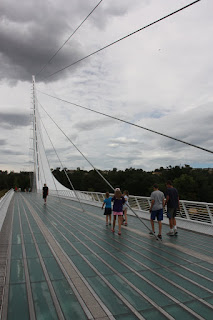 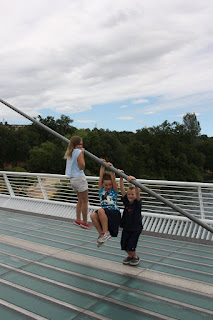 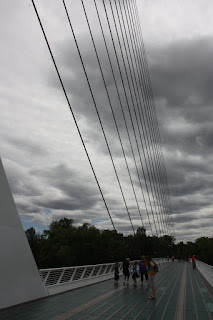 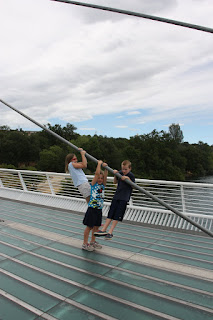 As the name suggests, the Sundial Bridge is, in fact, a working sundial and is one of the largest in the world. The sundial shadow traces such a large arc that it can record only four hours a day, from 11am - 3pm. It is not accurate in winter because the shadow is too far into the arboretum to be seen. The shadow, when visible, moves about one foot per minute, so you can readily see it move. 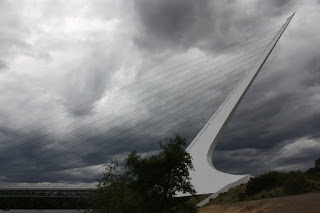 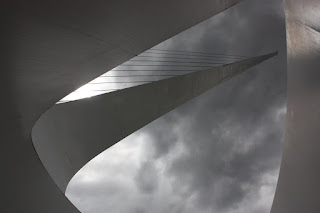 The steel, glass, and granite span evokes a sense of weightlessness and the translucent, non-skid decking provides for spectacular viewing at night. The bridge is also environmentally sensitive to its river setting. The tall pylon and cable stays allow the bridge to avoid the nearby salmon-spawning habitat as there are no supports in the water while encouraging public appreciation for the river. 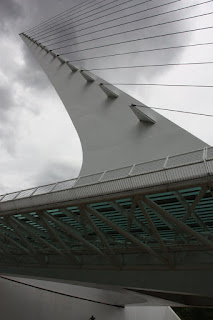 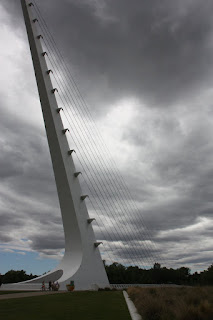 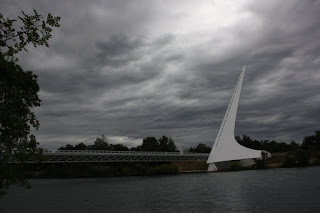 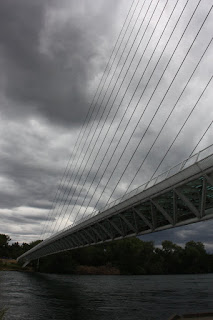 The day ended with a beautiful rainbow arcing above the campground. 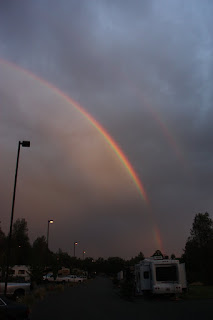 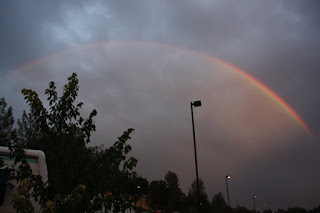 Posted by The Valentines at 6:15 PM