Prep on a birthday

Tempting though it was to leave earlier, we had to wait out one last Spring birthday. 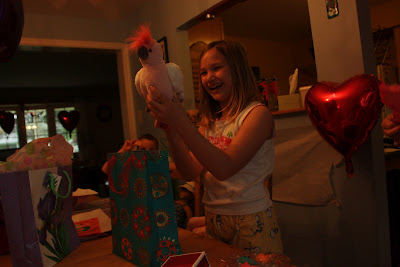 In the few days before we left PA, we stuffed our days full of excitement, spending a 'trial' (let's make sure everything's in the camper that we need and it all still works..........especially the washing machine!) weekend with the Scarani's at Eagle's Peak campground near Reading (we had a fantastic double site surrounded by trees), enjoying some relaxation and an afternoon at the Reading Phillies. Typically, the convertible does not come on camping weekends but as I was driving the older kids here and there, I came later and left earlier. 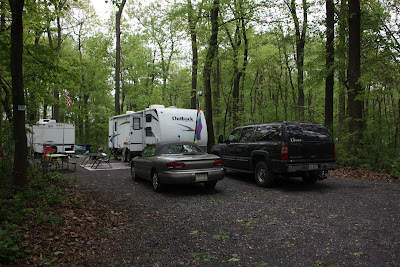 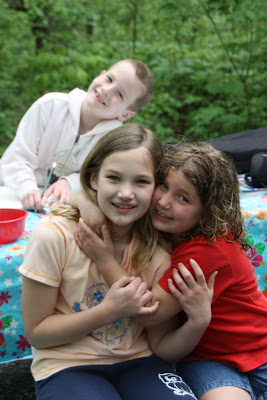 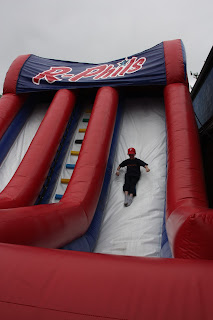 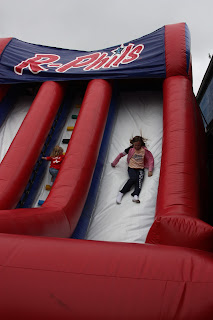 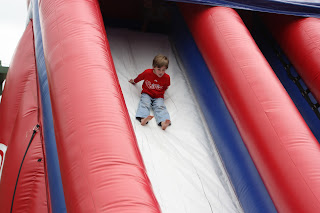 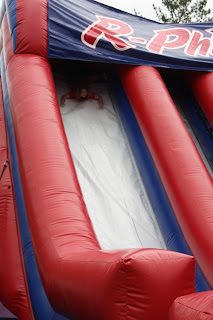 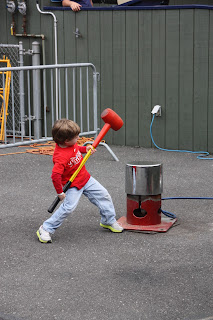 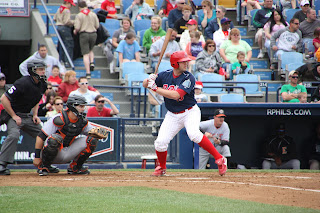 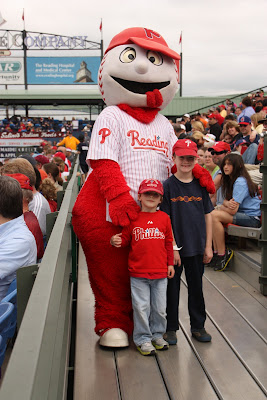 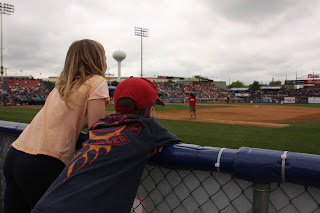 Unfortunately this trip did not include the entire family as Caitlin spent a long day in New York City with her Girl Scout troop and Jake was competing in an orienteering competition with his Boy Scout troop - his trio came 9th out of almost 50 teams!  As most families with multiple kiddos know, sometimes you have to divide and conquer! 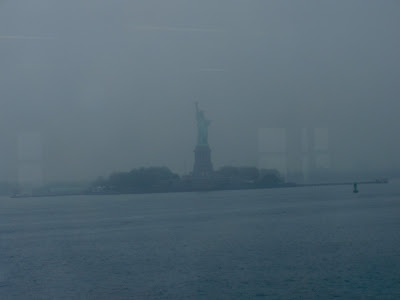 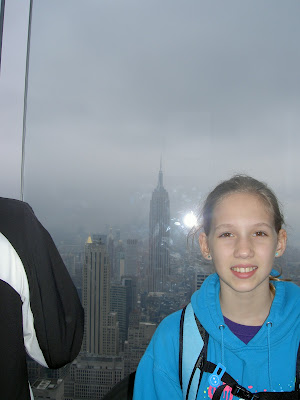 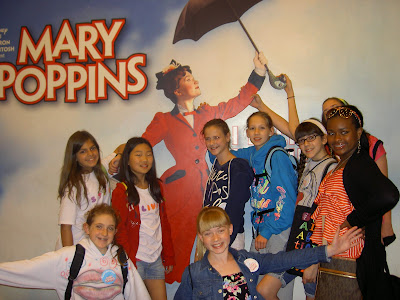 Caitlin's Girl Scout troop celebrated the completion of their Bronze Award and she crossed over from Juniors to Cadettes. 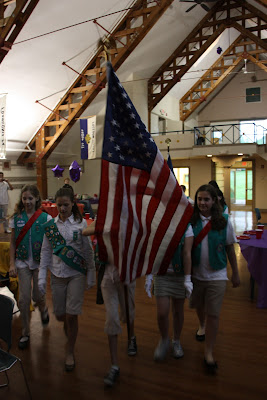 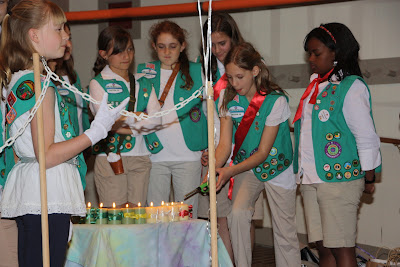 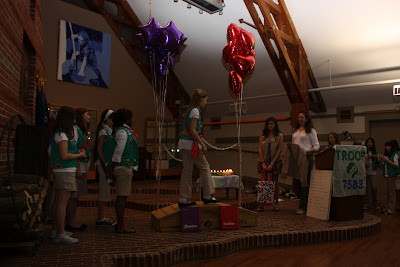 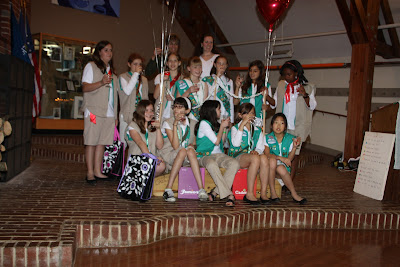 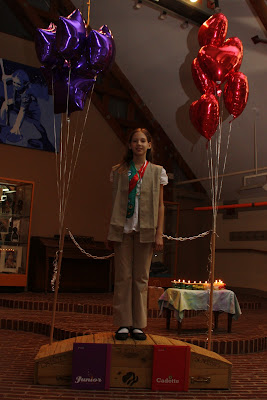 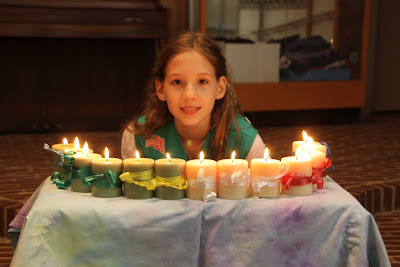 Two days later, Becca followed her big sister, crossing over from Brownies to Juniors on her birthday.  These girls are a great, fun bunch!  Becca's troop folded due to lack of leadership last summer, so she joined this Blue Bell Elementary troop and they welcomed her with open arms - a lively, sweet group of girls. 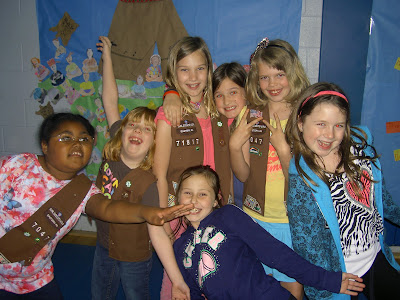 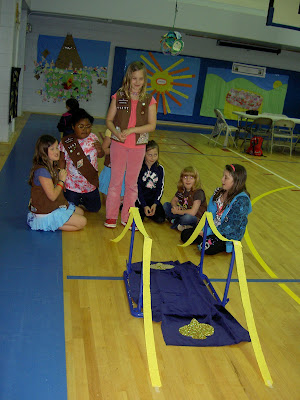 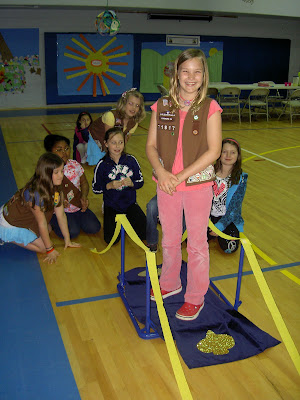 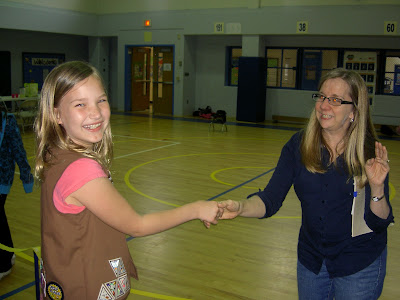 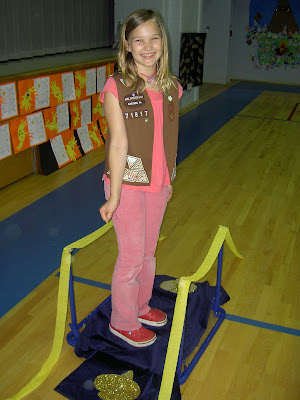 Jake had his final exam at the home school class and finished out the day with a couple of exciting dissections (some science is best done away from the house when home schooling, especially with a vegetarian Mum!).

Despite all of this, we managed to have some school, fit in a few playdates, and most importantly, prep the camper reasonably well to leave on May 10th.

Karen and Chelsea (look at her cheer for Becca, so lucky to have such wonderful friends!) came over to celebrate Becca's birthday and much later than planned, the Harper's arrived in their new bus to drive partway across the country with us. 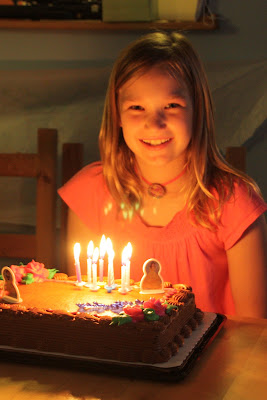 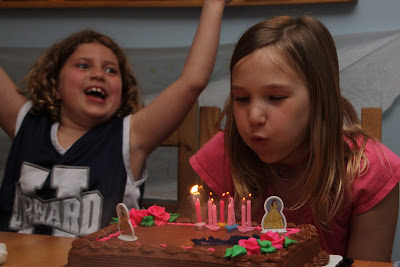 Dave took a couple of pictures the next morning - it's not often that we'll have a 45ft bus parked in front of the house! 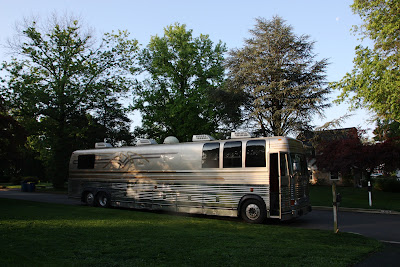 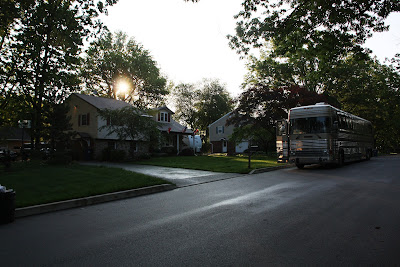 So began our journey, referred to by Dave as 'Loop 2' - let the adventure commence!
Posted by The Valentines at 11:34 PM