Well, we got off to a bit of a rough start with the homeschooling. There were quite a lot of tears, none of them mine, although it was a close-run thing! It will take a few days/weeks to get into I'm sure. The organization is also a challenge, we are obviously quite limited on space and there's only one of me so I can't be helping them all at the same time. The older two hate to get anything wrong so won't attempt an answer if they're not sure, I'm really hoping this will get better, it has to! Becca just keeps saying: "I don't get homework in Kindergarten!" I'm not totally sure she's grasped that this is 1st grade and NOT homework, it's actually school - we've told her a number of times, that doesn't seem to matter though!

Anyway, we made it through, there is no choice so all of us will have to buckle down and make it work.

We headed over to visit some Outbacker friends, Steve & Lisa, in MA, but not before Dave drove over a buried firepit, totally bent up the driver's side running board and had to jack the truck up to get it out - Becca gazed at me with wide eyes and covered her ears when words, rarely heard, were emitted from Dave's mouth! I have never known them all so quiet, no-one said a word! (Dave later said: "Did I swear?" "Er, yes, just a little bit!"). We had a fun afternoon with them, always great when someone else cooks dinner. The kids loved their guinea pics and playing rock star with them on the wii. 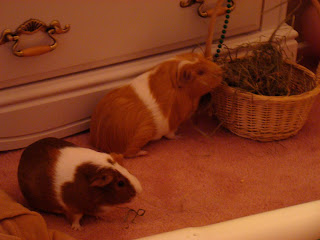 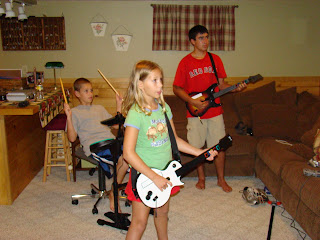