Mystic Seaport was just over an hour away from our campground, in Connecticut. We left Dave working at the campground and headed out. Once again, I was thanking the wonder of the GPS, it has totally opened up my world! I'm not sure we would've arrived in the same amount of time and stress-free if we'd had to rely on my map reading skills whilst driving!

It was a hot day and many of the things to do and see were outside so it was a little exhausting. The Seaport is full of great information, Jake was especially interested in everything. There are a number of child-oriented activities as well as plenty to hold an adult's interest.

We started off learning knots and playing some early 19th century games. We watched an entertaining play about whaling at the end of the 1800's, Jake was chosen to go on stage as a 'green hand', Caitlin was up briefly as 'rain' during the storm. The rest of us had to be content with being 'wind', mmmm! 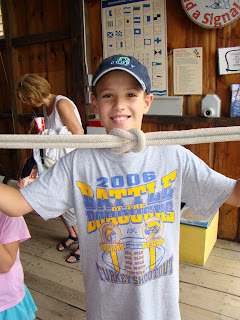 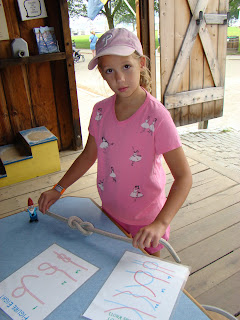 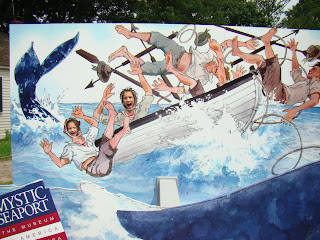 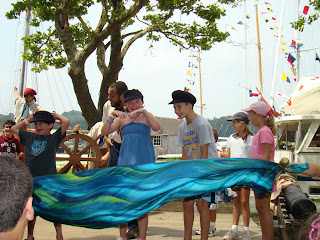 As we went around, we saw enormous anchors, figureheads, tall ships, whaling boats. The map spot was fun, they created their own maps, Jake also played a US states game. I am now able to really help with that, having spent the last few months planning this trip, I feel as though I know where all 50 states are (shame I can't say the same for counties in England!) - we did get a perfect score together. 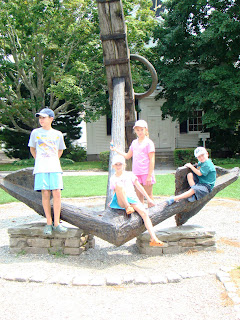 This was Caitlin and Becca's favorite figurehead: 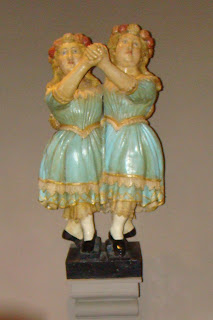 Jake then had the great idea of being a figurehead in the boating play area: 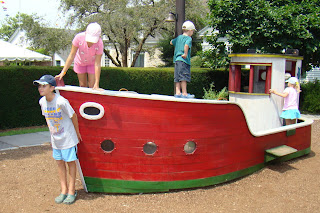 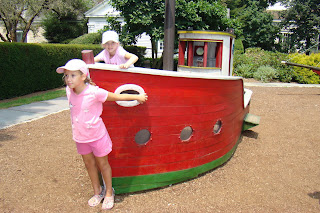 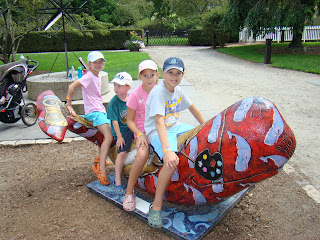 During the afternoon, all 4 became artists and painted boats on a proper canvas. Unfortunately the art shop did not take credit cards, didn't realize that before we started the process, I managed to put together $15 with change and tipping my purse upsdie down, still $5 short. The ATM was at the entrance, less than ideal.... Thankfully a wonderfully kind man gave us $5 to enable everyone to have a canvas, proof indeed that 'random acts of kindness' are alive and well. 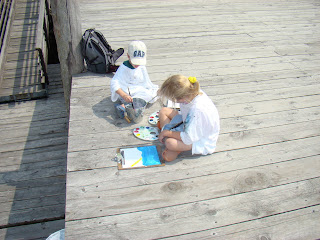 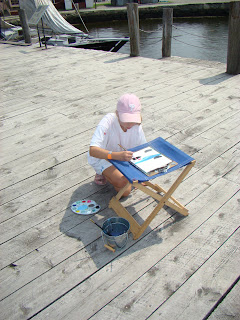 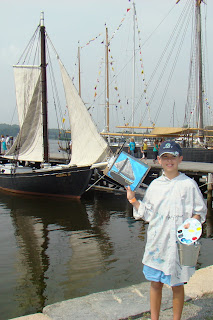 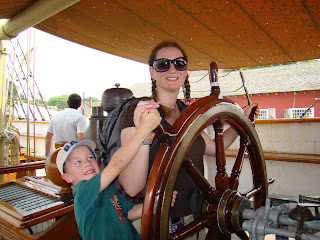 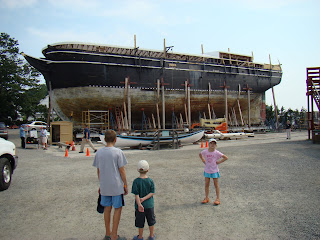 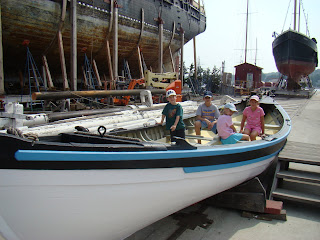 At the end of the day, they all had a great time with 19th century games: stilts, hoop catch, hoop/stick, prior to the games, they had wilted and were fully lacking in energy. Truly amazing what a little water and snack can do! 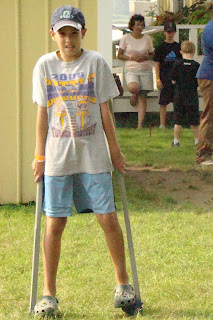 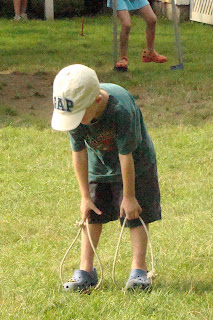 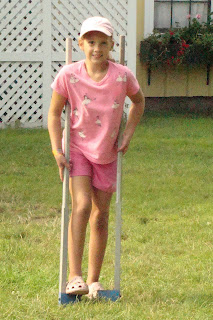 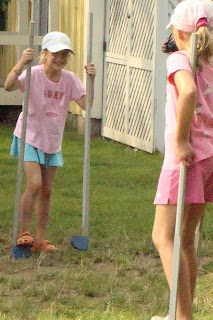