Across the state - west to east: January 9th

It wasn't in our original plan to cross back to the east coast of Florida, passing the 'land of Mickey' once again but 'Families on the Road' had planned a rally for MLK weekend and it was too much of a pull to miss.

We passed field upon field of orange trees. It was hard to get a good picture, given our speed, but it gives a good enough idea: green leaves with orange blobs! 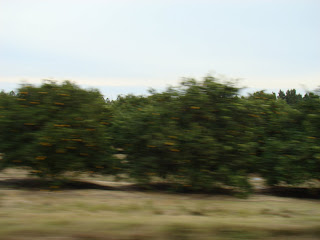 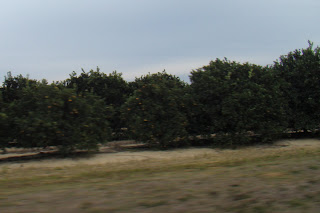 Although the rally won't start until Thursday, our weekend driving plans meant we arrived earlier than everyone else. We are staying at Jetty Park, which is in Cape Canaveral and is adjacent to the port where all the huge cruise ships depart. As we were setting up, we watched an enormous Disney cruise ship leave, it was so close we could see the football playoffs being shown on the big screen on the top deck! We were quite jealous that they were off, heading for warmer climes... 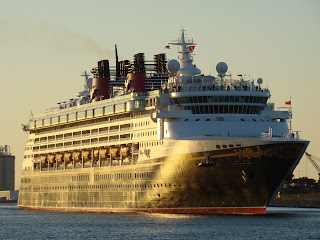 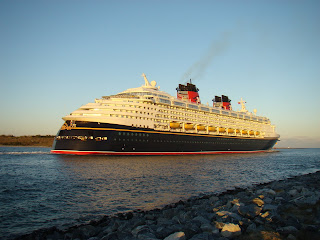 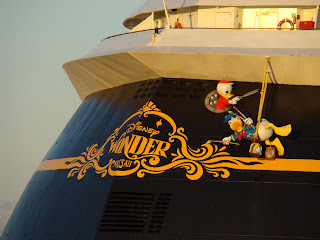 I must just say that it is FREEZING, I do not want to forget how cold we've been in the last week. I guess we weren't quite prepared for it to dip below freezing while we were in Florida. We are realizing though that this is completely abnormal for the state, all the Floridians are up in arms and just don't know what to do with themselves. The weather alert we were reading suggested, 'adding extra layers and finding a coat'!
Posted by The Valentines at 2:44 PM