We are camping very close to Kennedy Space Center in Cape Canaveral, so spent the day there on Sunday. Unfortunately we were not able to time our visit to a launch date, the next one is in February - however, the shuttle was on the launch pad as they slowly truck it into place a month before take off. 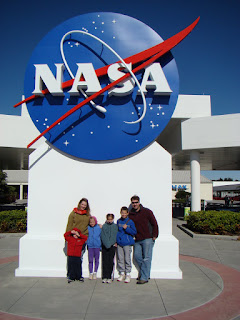 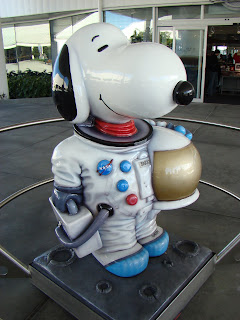 The ticket was valid for a second day so we focused on all the activities and exhibits in the main area and held off on the tour until later in the week.

Dave and I had visited in 2000 but a lot had changed, including the introduction of a fantastic new simulator shuttle 'ride'. Nathan was unfortunately too little so Dave took the older three, at the last minute Caitlin opted out, thanks to the multiple warnings prior to actually getting on the ride! She was able to watch the show though and also see into the shuttle holding her Dad and sibs.

The huge granite ball on a water base, displaying the constellations was quite a hit. It was extremely tough to push around as it was so wet (and cold, this was probably the coldest day!) but fascinating none-the-less. 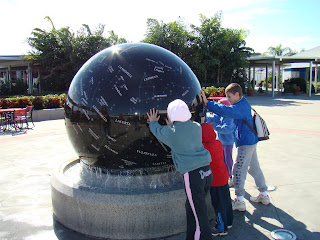 We looked inside the mock-up shuttle (and held it up!), watched a couple of great imax 3D movies, one detailing life inside the space station, the other about missions on the moon (celebrating 40 years since the Apollo landings), wandered around the rocket garden - they looked spectacular against the sunny backdrop - admired the amazing photographs taken from the Hubble Telescope, took the robots tour and, most importantly, according to the kids anyway, played on the extremely cool playground! 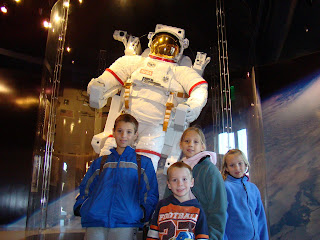 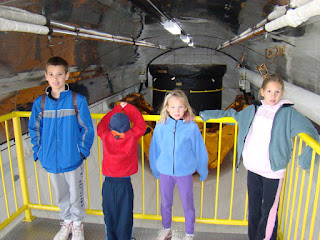 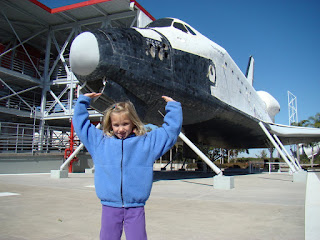 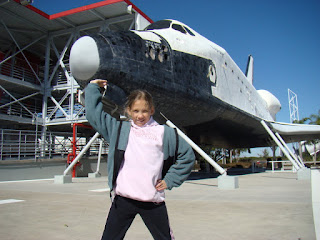 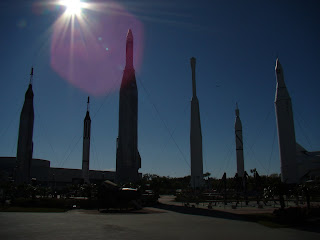 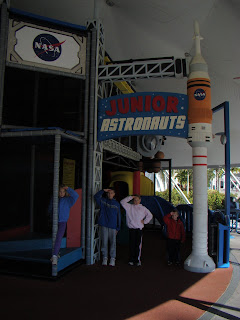 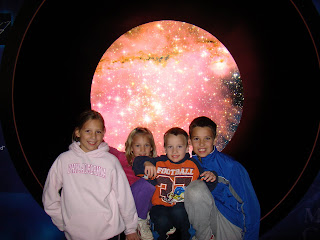 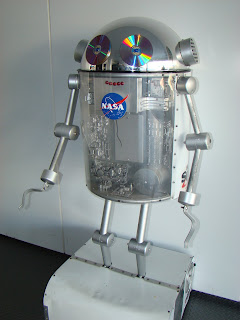 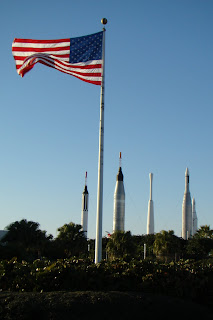 I love places like these, we learn so much through play and interaction and it generates lots of questions and further discussion. Another day of education on a Sunday!
Posted by The Valentines at 1:20 PM

Awesome pics Ali! Nathan looks like he is growing!!

that looks so cool! i've always wanted to go there!